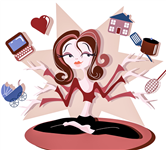 The main nominative unit of speech is …
Noun
Pronoun
Verb

The so-called non-progressive verbs are …
To work, to study, to do, to live
To drink, to eat, to come, to take
To think, to understand, to know, to hate

A branch of grammar that studies sentence construction, its communicative-functional, structural and pragmatic, classifications is …
Syntax
Lexicology
Phraseology

According to the structure, subordinate word-groups are classified into: …
Simple and complex word-groups
Single and plural word groups
Definite and identinite word-groups

… argues that positive degree cannot be regarded as a degree of comparison as it does not convey the idea of comparison
Smimtsky
G. Kivivali
O. Jespersen

There are three ways of forming degrees of comparison:
Relative, positive, and comparative
Synthetic, analytic, and suppletive
Positive, synthetic and analytic

The smallest lingual unit which is capable of performing a communication, containing some kind of information is …
A word – combinations
A sentence
A phrase

All the adjectives can be divided into two large groups:
Singular and plural
Gradable and non-gradable
Countable and uncountable

Above the phrasemic level lies the level of sentences, called …
Proposal
Proposemic
Polysemic

The lowest level of lingual segments is …
Segmentic
Morphemic
Phonemic

These two great men demonstrated the difference between lingual synchrony and diachtone, and defined language as a synchronic system of meaningful elements at any stage of its historical evolution
B. de Courtenay and F. de Saussure
I. Galperine and G. Leech
I. Amold and B. Roomberg

The number category is realized though the opposition of two form-classes:
Plural form and singular form
Grammatical form and lexical form
Connotative form and denotative form

In accordance with the morph structure of the stems all nouns can be classified into:
Neutral, masculine, and feminine
Simple, compound and composite
Absolute, abstract and figurative

A unit formed by a combination of two or more national words, which does not constitute a sentences is …
A collocation
A word-group
A phrase